June 23, 2014
It's going to be wet and miserable all week here in Melbourne!
We're all going to have wet paws and a grubby tummy...

Of course Daughter No 2
just back from six months in New York
says she will never, ever, ever complain
about an Aussie winter again
But I will!! 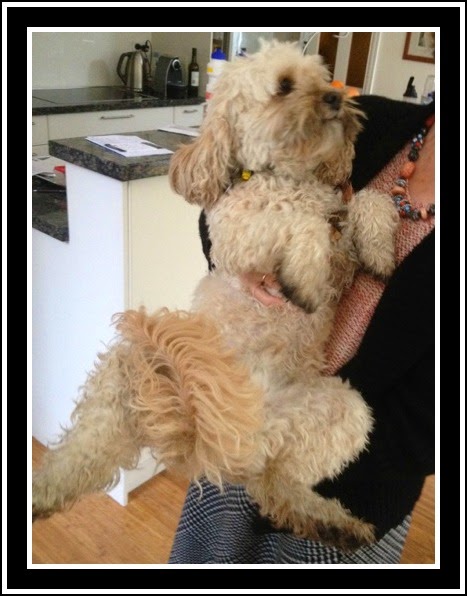 At least we have got our central heating fixed and are toasty warm, inside.
But even that is not without issue.
Our new ducted heating unit fires into action with such ferocity,
blasting out hot air and debris through the floor ducts.
It wakes the whole household at 5.30am everyday.
By 5.45am we're throwing off the doona cover with gay abandon
feeling like we'd be cooler in a sauna...
I like my new heating!

We're not used to such heat inside,
then we go outside and wham, bam, it's freezin'
Well Melbourne cold, not actually cold, cold.
Not cold enough for ice you know.
This is Melbourne, one of the World's most liveable cities! 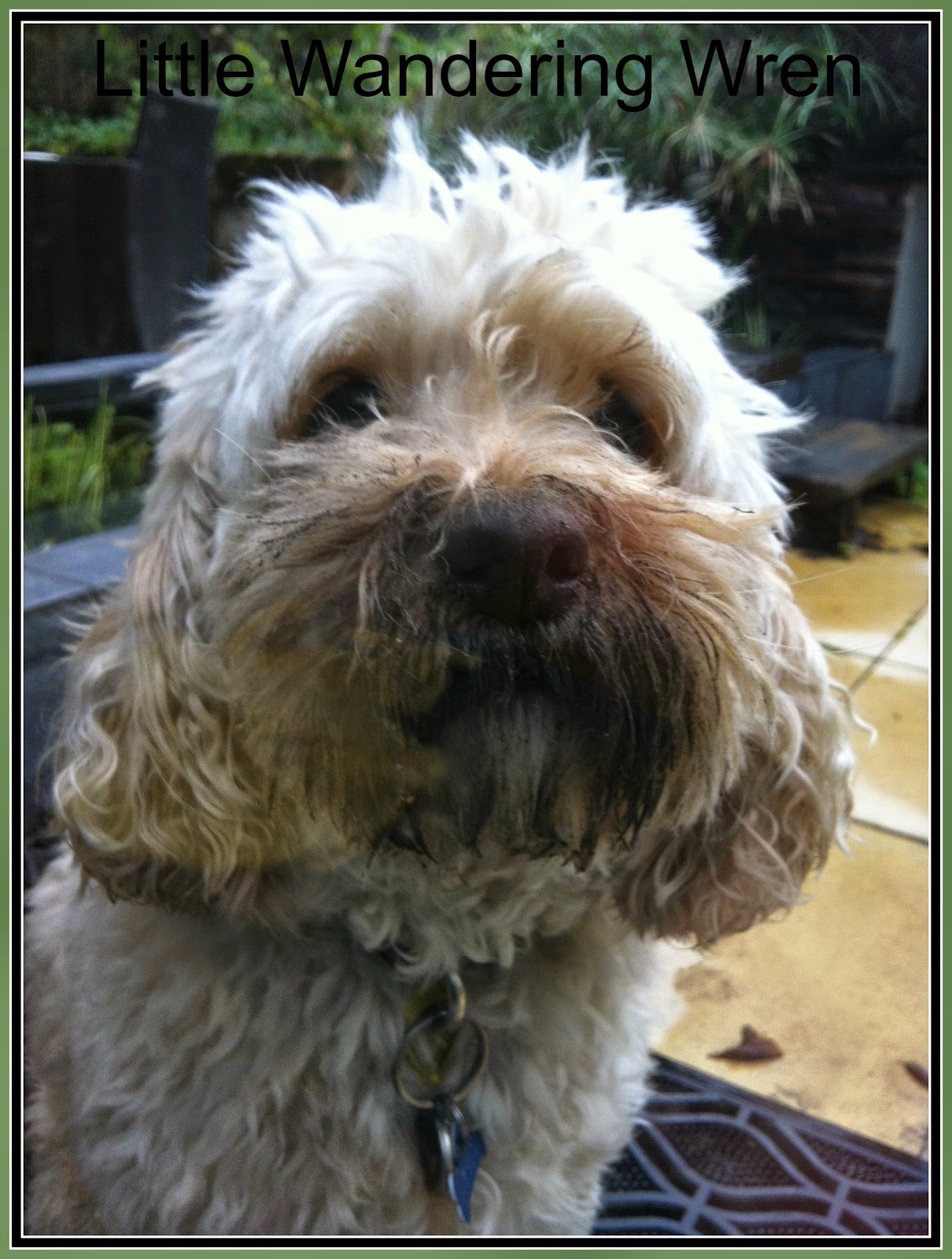 Today was stormy, it was blustery and windy,
and we battened down the hatches...
Not like we used to in Hong Kong
when a typhoon 8 warning came through,
but in an Aussie Melbourne way,
whereby you don't park the car under any trees
and you tut profusely when your brolly blows inside out. 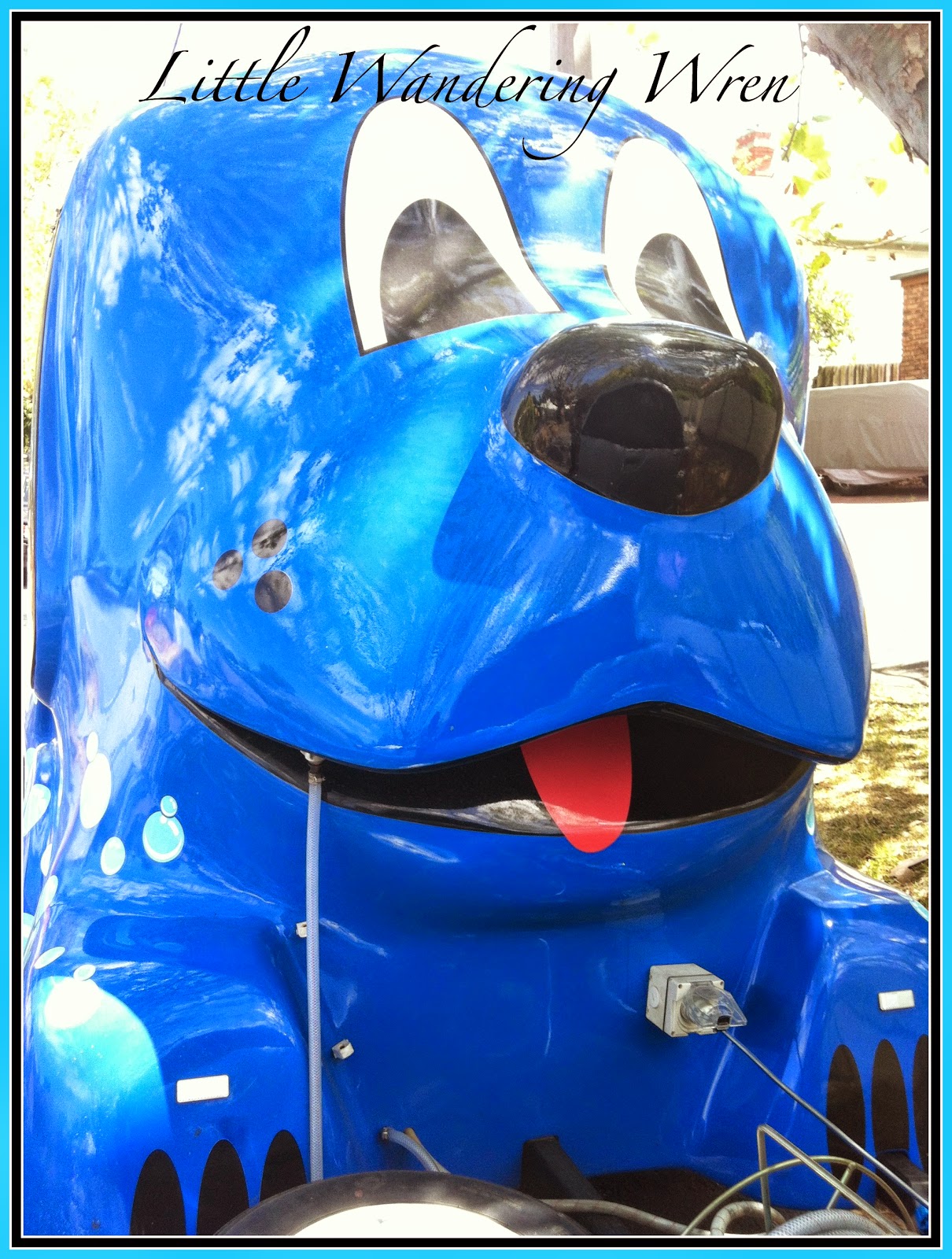 Of course it's worse being in winter here,
with the rest of the world gearing up for their summer hols.
Now with Wimbledon on the telly,
it's really in your face that we are missing out on the European summer...
Although I guess it won't be that long before
rain stops play at the tennis!

So here we are wet, cold and with a grubby, smelly dog!
For some reason we always choose the wrong week to get the dog washed
he will be black by Tuesday, chasing possums in the garden in this weather!

Mutt gets washed and trimmed every eight weeks.
He hates it.
When the blue dog van appears at the gate,
the Crazy Poodle dissolves into panic and shakes from top to tail!

Not to worry, as you can see the headphones go on
to block out Mutts indignant wails and he is washed, trimmed and returned
looking thinner and smelling sweeter
after a quick spritz of doggy cologne 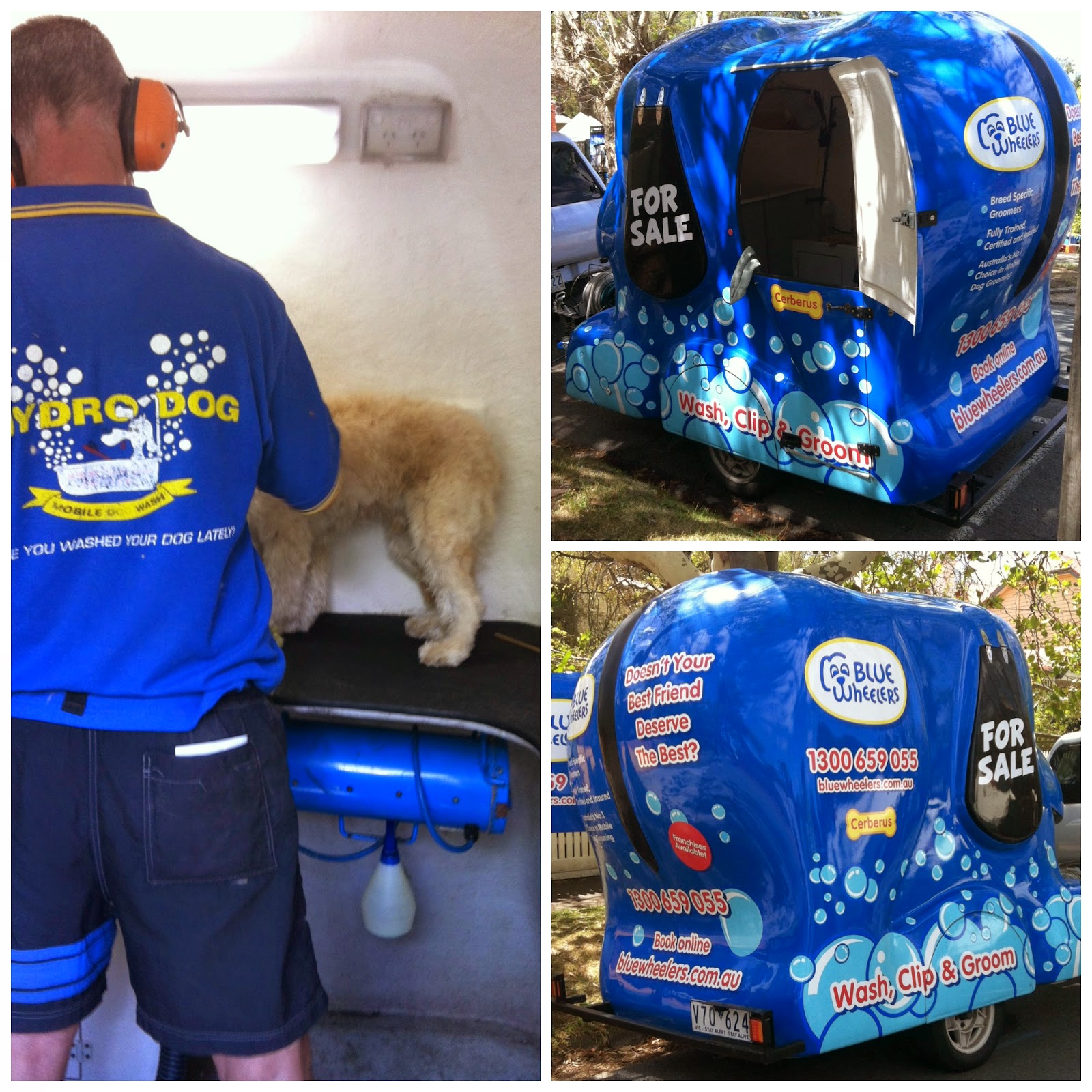 Can't stop long.
We're all getting up at 2am to watch Australia's
last football match v's Spain in the World Cup!

The whole of the Australian football community is getting
rather sleep deprived at the moment,
as most of the matches we seem to want to watch
are on in the middle of the night for us!

Hope you have a great week!

Linking with Blue Monday
Thank you to Smiling Sally