From Russia with love ... well sort of!

Crazy Soccer Mum is off to Russia to watch the World Cup in 2018.
Try breaking that news gently to your football-mad son. 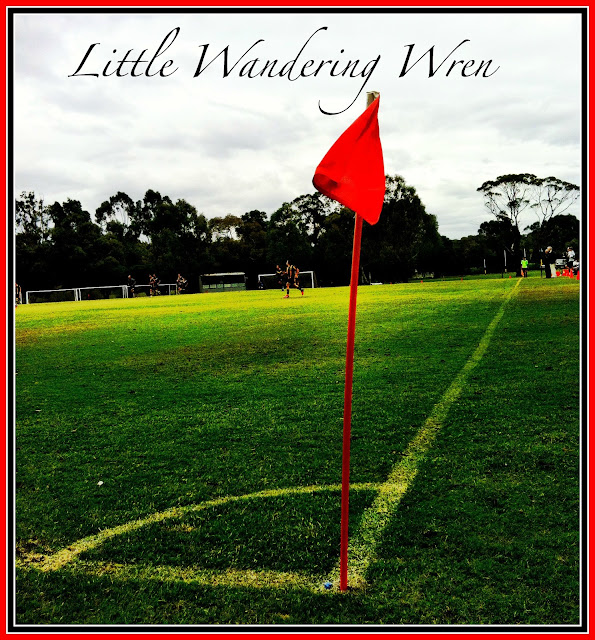 It was quite a week Down Under as Australia made worldwide news
and is rather chuffed with herself for two reasons:

Firstly Australia voted a huge rainbow yes in the same-sex marriage equality vote. When, hardly had the hugging finished, when everyone (well mostly grown men) were back hugging each other with delight when the Socceroos finally won a last-ditch place in the 2018 FIFA World Cup.

Yes, whilst President Trump was tweeting about Elephants and banning (or not) the Ivory trade into the US, our Prime Minister was proudly tweeting 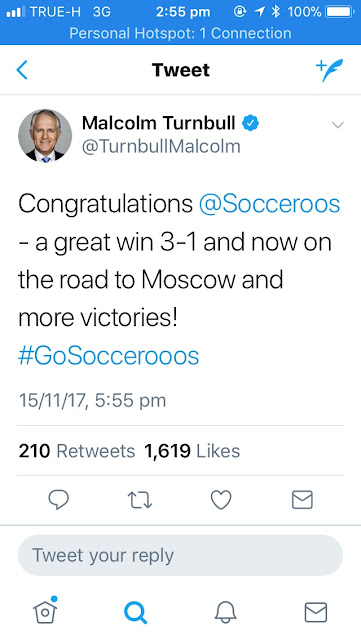 We should go we said! I've never been to Russia, Moscow would be amazing...

My son and my husband had been talking about a boys trip to the World Cup for months but missed the first ballot in a leave-anything-to-the-men and fat chance it will get done sort of a way.

But the Socceroos qualifying this week coincided with the second round of ballots for World Cup tickets. Mr Wren sent a What’s App family message saying he was tied up in meetings all day and could someone apply for the tickets?

Little knowing that the primary ticket holder has to attend and that all ticket holders need to be named, with their passport numbers.

The What’s App message failed for a variety of excuses, I’m in China with my data turned off, so never got the message. Our son was packing the car for a road trip to a Rock Festival, and neither of our daughters were that fussed. You know normal family stuff.

Mr Wren returned from work that day at nearly 11pm to find zero effort had been made by any of us. It was close to midnight by the time he found enough internet connection and hit the queue to be let into the FIFA ticketing site. Most of the tickets had gone…

We kept being rejected & not quite sure whether being Aussie's, living in Thailand, trying to buy tickets from China was backlisting us as potential football hooligans... but finally we hit Bingo!

One stadium in a place we will need a map to work out where it is had limited tickets left.

We grabbed the two tickets and so began a 15 minutes countdown to enter all the required details began. It ain't a simple process, I can tell you. Ladies, some of you thought you had stresses cooking a Thanksgiving turkey with all the trimmings, try living my life!

We hit a stumbling block. Neither of us could remember our son’s passport details. We tried texting on the off chance that a post-University party was going on and he was up at 3am his time.

Good boy! He didn’t reply and with two minutes left we had no choice to enter MY name and passport details…

'Son, we have good news and double bad news' we shall say…

The good news: 'We’ve got two tickets to the World Cup'.
The bad news! 'We're not going anywhere near Moscow!
Google where is Saransk, Russia?'
Double bad news or good news whichever way you look at it:
'you’re not coming!'

Oopsie! It looks like our road to Moscow could be a very long one...

Linking with thanks to all at Our World Tuesday