This year marks the 150 Anniversary of

Now where to start?
“Begin at the beginning," the King said, very gravely, "and go on till you come to the end: then stop.”
― Lewis Carroll, Alice in Wonderland 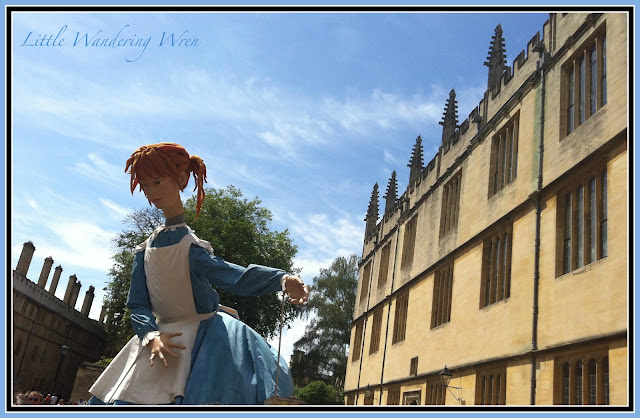 If your name is Alice, or you have long blond hair and a blue dress


you would have been entirely at home in Oxford last weekend.


There were Alices everywhere...

But as I have now been joined in the UK by my daughters,
we are back to the "don't be embarrassing Mother" comments
and I am banned from photographing every gorgeous young Alice!

“Well, I never heard it before, but it sounds uncommon nonsense.”
― Lewis Carroll, Alice in Wonderland 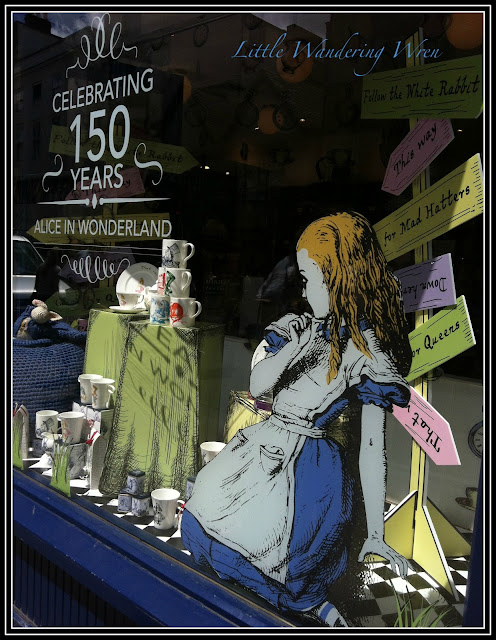 Alice's Day is an annual Oxford event
of Mad Hatters tea parties, croquet, story telling and workshops
celebrating Alice's Adventures in Wonderland, which was dreamt up on a summers day in Oxford in 1862.

We were actually not in Oxford for Alice, but to end the debate brought on by daughter No 1's boyfriend who knows Cambridge well over which is better Oxford or Cambridge?

“Off with their heads!”
― Lewis Carroll, Alice in Wonderland

I am biased, having grown up living close to Oxford.
Of course Oxford is better than Cambridge, it's certainly better than Swindon!

Well... we actually lived closer to Swindon Town.
But out of the UK no one has ever heard of Swindon,
so I am teased by Mr Wren for telling everyone I come from near Oxford.

In the UK, the concrete kingdom of Swindon is known for it's
railway and manufacturing, and nothing more exciting than the
Magic Roundabout, a roundabout with six mini-roundabouts in it.

So let's just say Swindon is the rather unglamourous,
ugly poor relation to Oxford without the history,
the University connections, or the gorgeous buildings of Oxford.


And so, public disclaimer, that is why I say we lived near Oxford! 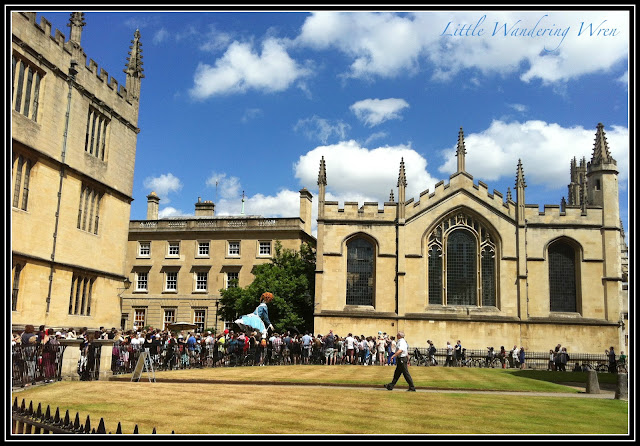 Now with Daughter No 1 and her boyfriend
working for a charity based outside Cambridge
we have two hours, with no particular plan but to impress
and show off the delights of Oxford.

“If you don't know where you are going any road can take you there”
― Lewis Carroll,  Alice in Wonderland

It is a perfect British summers day.
Thankfully slightly cooler than the heatwave that swept the country earlier in the week, and we join the crowds, speaking many tongues,
wandering in this beautiful city. 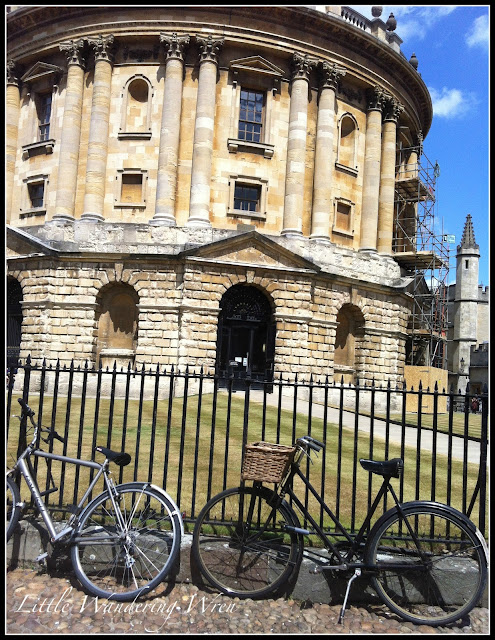 “Would you tell me, please, which way I ought to go from here?""That depends a good deal on where you want to get to.""I don't much care where –""Then it doesn't matter which way you go.”
― Lewis Carroll, Alice in Wonderland

It's hard not to be impressed by either Oxford or Cambridge
But rather than ramble on with this hard to win argument
I'll just say
both Oxford and Cambridge are gorgeous
and I think I'll leave it here for today.
Ice-cream anyone or how about a nice cup of tea?! 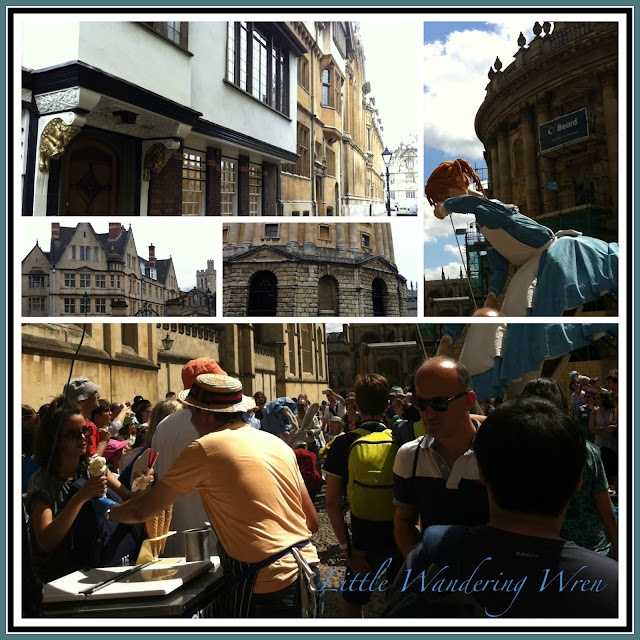 Sorry I can't stop...
I'm late, I'm late for a very important date...
Come and join in the 8th Annual Tea Party fun
with over 100 bloggers at A Fanciful Twist thanks to Vanessa
Must dash!

“Have I gone mad?


I'm afraid so, but let me tell you something, the best people usually are.”

Linking with thanks at
8th Annual Mad Tea Party

Alice in Wonderland quotes from goodreads.com

January 13, 2021
Oh, my golly gosh we're still in the first throws of 2021 - does anyone else think it could be a long year?  It was so lovely to see all of you who had stopped by to say happy festive season before Christmas. I just wanted to say hello before we got too far into this year which as others have said does look a bit like the ugly sister of 2020...  Kata Beach Nevertheless and thinking positive, Happy New Year  to you where ever you may be reading this. Did you have fun and fireworks as best you could where ever you were celebrating? Or did you see the 2020 out with as much good riddance as you could muster, settling in for another early night?  Kata Beach Phuket We have been in Phuket an island in Southern Thailand. Normally at this time of year, the beaches would be packed with people from all over the world celebrating. This year was a subdued affair, not only were we without our fellow Internationals, many within Thailand fearing our own COVID-19 lockdowns on the horizons, cancelle
22 comments
Read more