Spring is just around the corner


Spring is such a tease this year.
After we've shivered through the coldest Melbourne winter
in twenty-six years, we're looking forward to welcoming her.

One minute the sun cautiously peeps out,
and we take the opportunity to warm our backs
walking along the Yarra river, in glorious sunshine.

The next we are rushing home to warm our toes
in front of the gas fire! 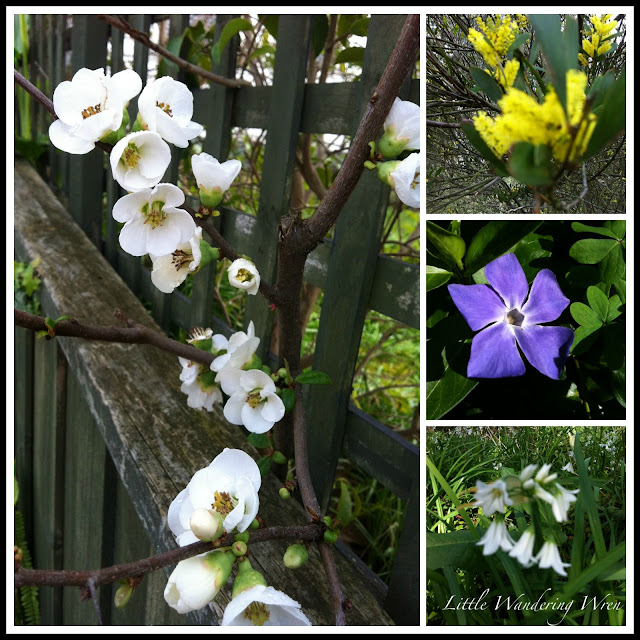 Spring flowers too,
ignoring our yo-yo temperatures, burst forth with a bright ta-ra!

However, it is perhaps the Aussie natives which have the biggest crescendo.
Awakening from their winter rest,
a symphony of yellow wattle seen here at the Yarra's edge,
creating it's own joyous sunshine...

And once again we're full of hope for the warmth ahead.
It only takes one day of sun, and we're off to Barbeques Galore
There's no time to waste to get ready for summer!

The salesman approaches with a pleasant 'Can I Help?'
Hearing our discussion on the various merits
of a Weber over a Ziegler & Brown

'Hey, we're Brits' I say to the salesman
'We just needs a small grill to burn the sausages!'

Hmmm.
It appears replacing the barbie is not a straight forward decision.
We only want a gas barbecue to cook some meat...

It doesn't need to be that flash.
We don't need a pizza dome, a wok or sixty million burners...

We rarely cook anything ourselves on the barbecue anyway!
You see once a Brit, always a Brit
and in the eyes of most Aussies wholly incapable
of anything other than burning the snags (sausages!)

Mr Wren is happy about this.
He thinks it's utterly perfect to have a succession of mates
eager, ready and willing to take over the BBQ tongs!

So that's the real reason why
new Barbie or not, come hail or shine
you're going to find us 'Cooking On Gas' this summer!

Linking with the following
Mosaic Monday, Our World Tuesday