Showing posts from February, 2016
Show All

February 28, 2016
Bagan, Myanmar Pagoda Climbing  It is pretty hairy climbing some of the ancient monuments in Bagan, it's not for the faint-hearted! The steps are crumbling, it's a vertical climb or descent, in the tenth to twelfth centuries there was little thought to safety rails you know!  We  discussed whether it was appropriate to climb, on so many fronts; safety, erosion and sanctity of the site. 'It won't be long before they rethink this', we say! Little did we know that in less than two weeks later, the Myanmar authorities would issue a blanket ban on climbing all pagodas effective March 1st, 2016. They didn't like the " disgraceful behaviour, " citing inappropriate attire, and dancing and sleeping on the monuments as the problem - and that wasn't us!   The Ministry of Culture did a U-turn the following day, to allow five pagodas to be exempt. Bagan: temple climbing We talked about the dilemma that we faced when visiting Uluru, Austral
Post a Comment
Read more

February 27, 2016
It is somewhat of a relief to leave bustling Mandalay behind. It has not quite lived up to it's exotic sounding name of Kipling mystique. Instead of an Orient full of tropical splendour, we find a grimy, congested place full of camera-ready tourists in search of the said delights. Mandalay Hill at Chinese New Year is not a place of calm! So today we set off in search of what the guide books promises as the 'enchantingly beautiful parts of the wider Mandalay area.' A small noisy wooden boat packed with a mixed bag of tourists takes us across the romantically sounding Ayeyarwady (the Irrawady of old) river straight into a hustle of exuberant pony and cart drivers. They've not got the memo that our adult kids are traveling with their parents AND a tour guide. Assuming them to be part of the 'gappy' university brigade, they are hustled elsewhere and initially find themselves on the wrong horse and carriage. Our tour guide rushes off to retrieve them and eve
Post a Comment
Read more

February 25, 2016
‘This is Burma and it will be quite unlike any land you know about”  Rudyard Kipling, Letters from the East 1889 The last time I was in Burma was in 2007 on our Honeymoon.  We won a trip to the Golden Triangle of Thailand, Myanmar and Laos in the school raffle.   We weren’t married, but with twenty-two years together,  we felt we deserved a honeymoon.  Indein Village ruins at Inle Lake A wedding in China was on the cards.  And as we already had three children,   it seemed totally appropriate  in our back-to-front lives,  to have the Honeymoon before the wedding.  Fisherwomen at Ngapali Beach Where to have a honeymoon was always going to be a tricky decision.  We've had a fortunate life, full of international moves, exotic travels and adventures.  Choosing somewhere new, exciting, gorgeous, and not too far away  from our then Hong Kong home was proving tricky...  A FREE honeymoon to where-ever, was the perfect solution for us.  Dest
Post a Comment
Read more

Myanmar - in the Pink

February 20, 2016
Greetings from Myanmar - the land of the many golden stupas and pink people power!  We're at the end of a two week family trip and have now returned to Yangon, and are back with occasional WiFi - Yay!  Myanmar is a fascinating place, it's exploding as a tourist destination and rightly so. An exotic destination emerging from it's forbidden years for those supporting Aung San Suu Kyi's tourism ban and it's booming. Last night we compared Beautiful Burma with our previous holidays in China, Vietnam and Cambodia and it comes out tops for shear diversity.  Burmese ladies at a donation ceremony in Mandalay I remember finding Vietnam a rather depressing country on our various visits.  Sure it's beautiful but you sure do travel with the weight of history. Our guides seemingly placing every historical detail in context to 'the war.' Cambodia by contrast has had equally, if not worse atrocities which are more privately born. In China , things ar
Post a Comment
Read more

February 09, 2016
All the signs are, that Myanmar is going to be a wonderful holiday. It's an exotic destination  full of interest and incredible  experiences. Although as we find, amidst a whole host of best Exotic Marigold Hotel moments, the Burma that was, is far from being an adventurous family holiday place. No! Burma nowadays is full of retirees, ticking off another bucket list dream. The times there are a changing - Myanmar Times, Yangon It's early days. We've only been here three days, but I can already tell it's going to be a cracker of a family holiday. With Daughter Number One not returning with us to Australia, and her British boyfriend accompanying us, we move in a six pack here, maybe for one last time. I'm a proud Mother Wren, having all our Wrenlet's in the same nest, at least for the next two weeks. We've already experienced lots of 'I can't believe I just saw that' moments. Stick around, there's actually an escalator inside Mya
Post a Comment
Read more
More posts 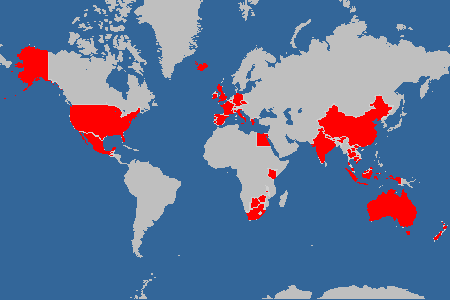